The Benefits of Gold Bullion Investments

For centuries, gold has always been the asset of choice for wealthy investors around the world. Proponents of gold investment have stated that gold is the investment of choice for the wealthy since the beginning of time, and in this argument lies truth: indeed, the wealthy have been tied to gold throughout history, but this is largely because, for a long period of that recorded history, gold has been synonymous with wealth.

This context begs the question: is Gold, as a material, still a viable investment today, now that fiat money has become the standard, new currencies are cropping up all over the place, and gold’s value may fluctuate independently of these currencies now more than ever?

History of Gold as an Investment

Gold has always been valuable to humans, even before it was used as money. It was the first metal known to early hominids, and it was also the simplest metal to work with. Many cultures around the world associate it with deities, beauty, wealth, and elite social status. The beauty and malleability of gold made it a pleasure to work and play with; humans instinctually value gold because we have been doing so for thousands of years.

Gold as a material gave birth to the concept of money as it is known today: permanent, portable, and private. Sometime near 700 B.C., merchants in the Iron-age kingdom of Lydia produced the gold first coins, and humans had for the first time in recorded history used the substance of gold as a currency. The standard was soon set so that one part of gold was considered equal to two and one half parts of silver in value. This was the earliest instance in which gold was officially valuated in reference to silver. 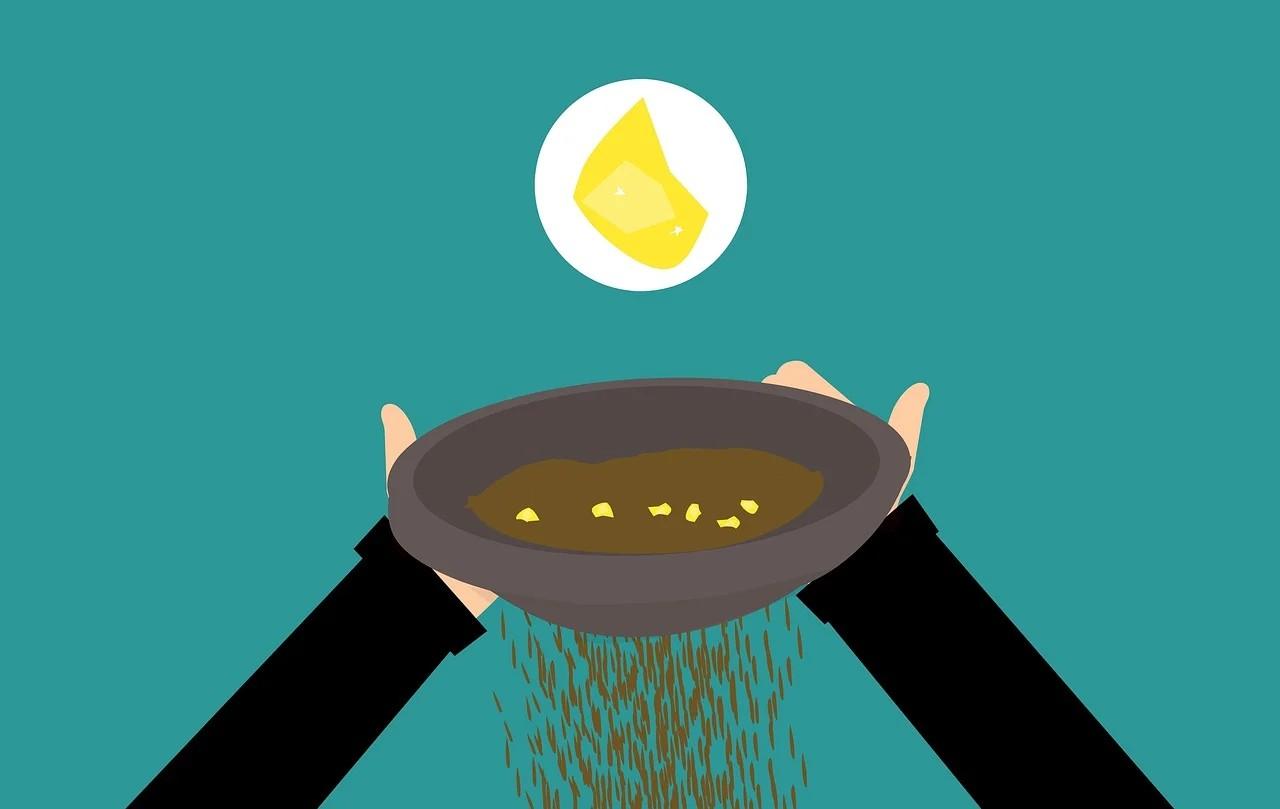 Of course, it only makes sense that gold mining has been a global endeavor for thousands of years, and in that time has undergone many changes as humans discovered more about the scientific laws of nature. By 550 B.C., the Greeks had mined for gold throughout the Mediterranean and Middle East regions.

In order to produce the metal, early miners would use an elementary form of hydraulic power by running a mixture of water and sand which they believed to be gold-bearing over a sheep’s hide and using the power of the water’s movement to run it through the hide. Since gold not only was commonly found as small flakes but, since gold is a metal, they were heavy, so they would not wash off of the hide the way the sand did. Gold’s fascinating chemical properties have been extensively studied and reported by chemical manufacturers such as this one and have found densities around 19 g/mL, more than eight times that of sand which has a density of 2.3 g/mL. Amazingly, even though this rudimentary form of hydraulic-powered mining began thousands of years ago, this technique was still being used by some old-fashioned miners as recently as the California gold rush of 1849.

In ancient Egypt, around 1330 B.C., we find the creation of the first gold treasure map now known to us. Visitors of the Egyptological Museum of Turin may recognize what is now known as the Turin papyrus map—it is one of the oldest maps in history and intricately details an ancient gold mine. It pictures not just the mines but the miners’ quarters and even roads leading to the mines and nearby gold-bearing mountains.

What is Gold Bullion? 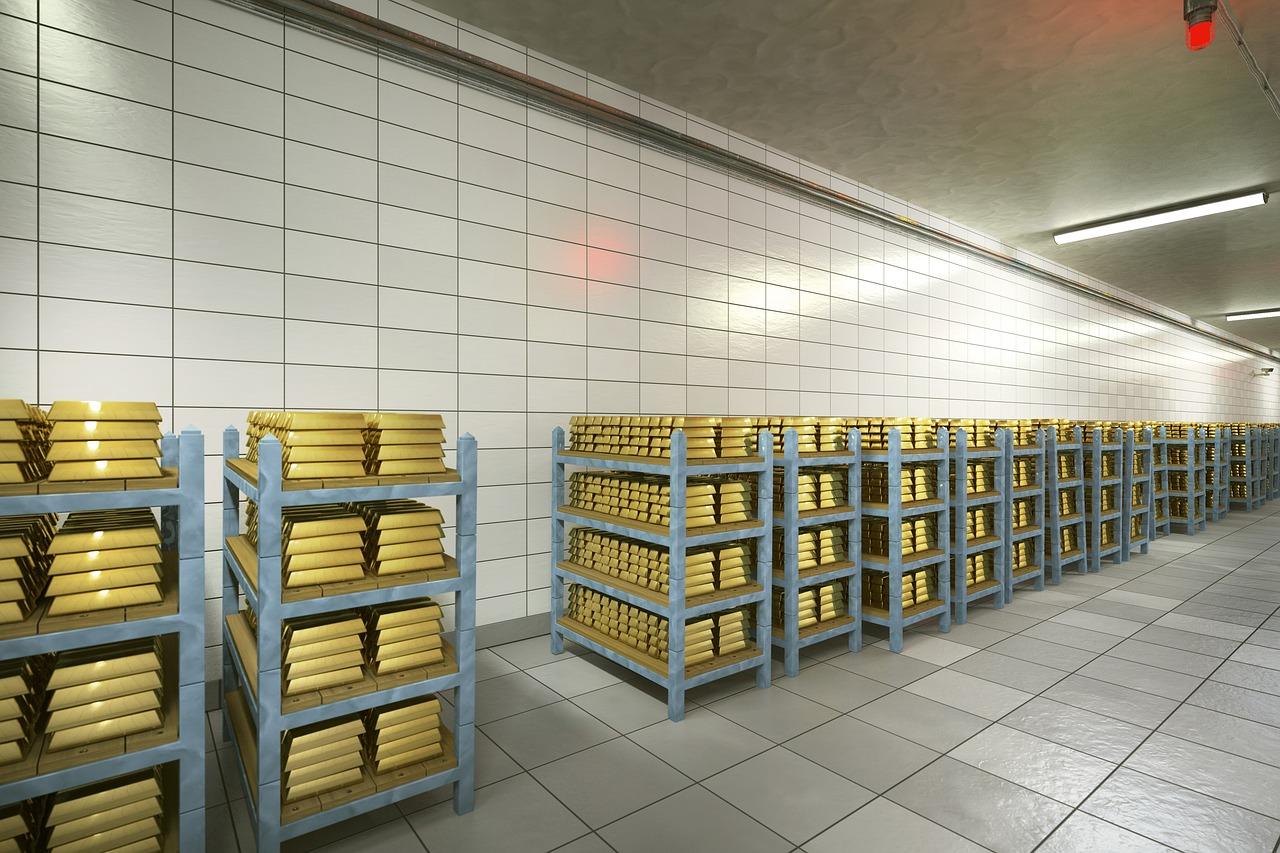 So, many know what gold is, as it is still used in a variety of consumer products today, but what is gold bullion? Well, according to this blog, the two terms are not synonymous. Bullion refers to any metal which has been refined to a specified and enforced purity, which essentially secures investors’ confidence by guaranteeing standardization across the market. The gold can come in the form of bars, coins, or other less-common shapes. The European Union requires that any gold referred to as “bullion” purity must be at least 90% for coins and 99.5% for bars, so be aware of differences in purity standards across shapes during your investment considerations.

There are many reasons for which one may choose to invest in gold bullion. Some are convinced with only the information that it has been the asset of the wealthy for generations, but others recognize as well that it can act as a hedge against inflation and, theoretically, secure your money’s value in the long-term. During the 2007 financial crisis, gold-investment holders actually saw their net worth increase due to a spike in gold’s value while the stock market plummeted. Therefore, gold investments may also act as a cushion for riskier investments.

Before deciding that gold investment is right for you, it is imperative to understand the process. Investors may browse trusted bullion distributors or even choose to directly buy specialty coins. The options, as https://investingingold.com/iccoin-reviews/ describes, can range from coins which are out of circulation but still valued at a high price today, to forms of currency in other nations around the world. These foreign currencies, just like gold, can also fluctuate and yield lucrative returns.

To conclude, gold is an attractive investment to all, both those descending from the wealthy whose families have used it for generations to ensure their wealth, and to hardworking individuals who aim to further secure their family’s future. Its attraction stems from many reasons, as gold has a long history of being associated with positive attributes culturally, but in the modern world economy it has another advantage: gold’s value may change in ways that are not necessarily tied to major currencies, allowing the opportunity for gains resulting from strategic market prediction decisions and in the long-term as a hedge against inflation.

Fiat currencies have become a normal part of the world economy, but gold as a metal will always retain value as it is used in a variety of consumer products, including many technological components such as superconductors and biometrics sensors.

Buying a Touching Gift for Best Friend: Your Guide

Understanding How the Online Lottery Works

Check Out the Best Low Spread Forex Brokers for You

Understanding How the Online Lottery Works

Solar Panels vs. Generator for Home What Are the Differences